Following the death of Susanna [Holden] her son Revd Richard Burton Phillipson placed Sparrowe’s Nest on the market and the Ipswich Journal of 11th February 1804, records:- 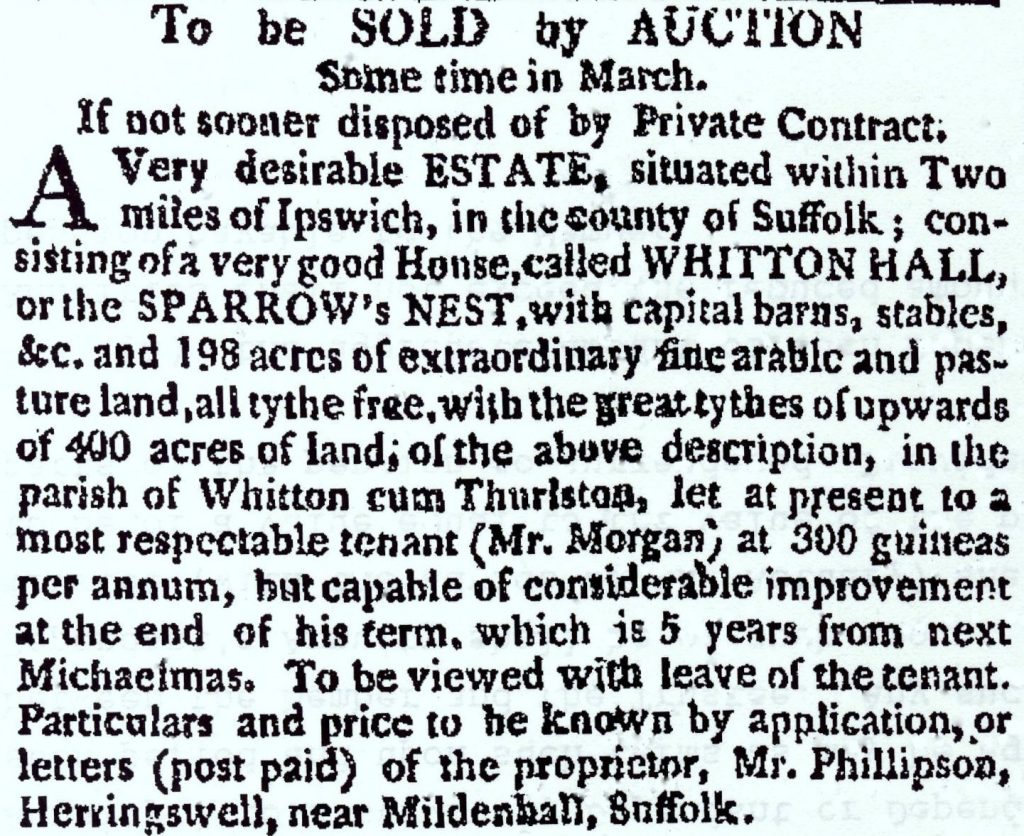 The tenant at this time, Robert Morgan, who seems to have seen out his term until Michaelmas 1809 before his move to Peyton Hall, Maunden, Essex and where his wife died on 24 October 1809, the Ipswich Journal noted:-

On the 24th ult. Died at Maunden in Essex, Mrs. Morgan, wife of Mr. Robert Morgan, who formerly resided at the Sparrows Nest, near this town.